Its goal is to maintain high standards in terms of legal, honest, and truthful advertising, which is in the interest of both the consumers and the advertisers.

Its mission is to uphold the balance between creativity as well as the advertisers’ freedom of expression and the responsibility and respect due to consumers.

This type of advice concerns any type of media and can be delivered at all steps in the creation of the advertisement.

Send your request You can send your project under various formats :

Copy advice requests and the enclosures must be sent through the new online submission system ARPP.PRO.

In order to ensure their compliance with the best possible legal and ethical standards, the advertising industry gave ARPP the task of clearing all TV advertisements before broadcast.

The procedure is the following :

Information about membership fees can be found here.

The advertising industry voluntarily regulates itself: advertisers, agencies and media drafted ethical standards and good practices (ARPP Codes), in order to insure that all advertisements in France are exemplary, going beyond the simple implementation of the law.

The new standards are drafted on the initiative of ARPP, or upon request of a professional or inter-professional association,

The Conseil Paritaire de la Publicité (CPP) which effectively is a body that promotes dialogue between professionals, consumers associations and environmental associations, contributes to the drafting of new standards by publicly voicing its advice on the creation of a new standard.

Then,  ad-hoc technical commissions are in charge of the actual drafting of the new standards.

They are composed of professionals (advertising agencies, advertisers, media companies) and of ARPP legal experts. 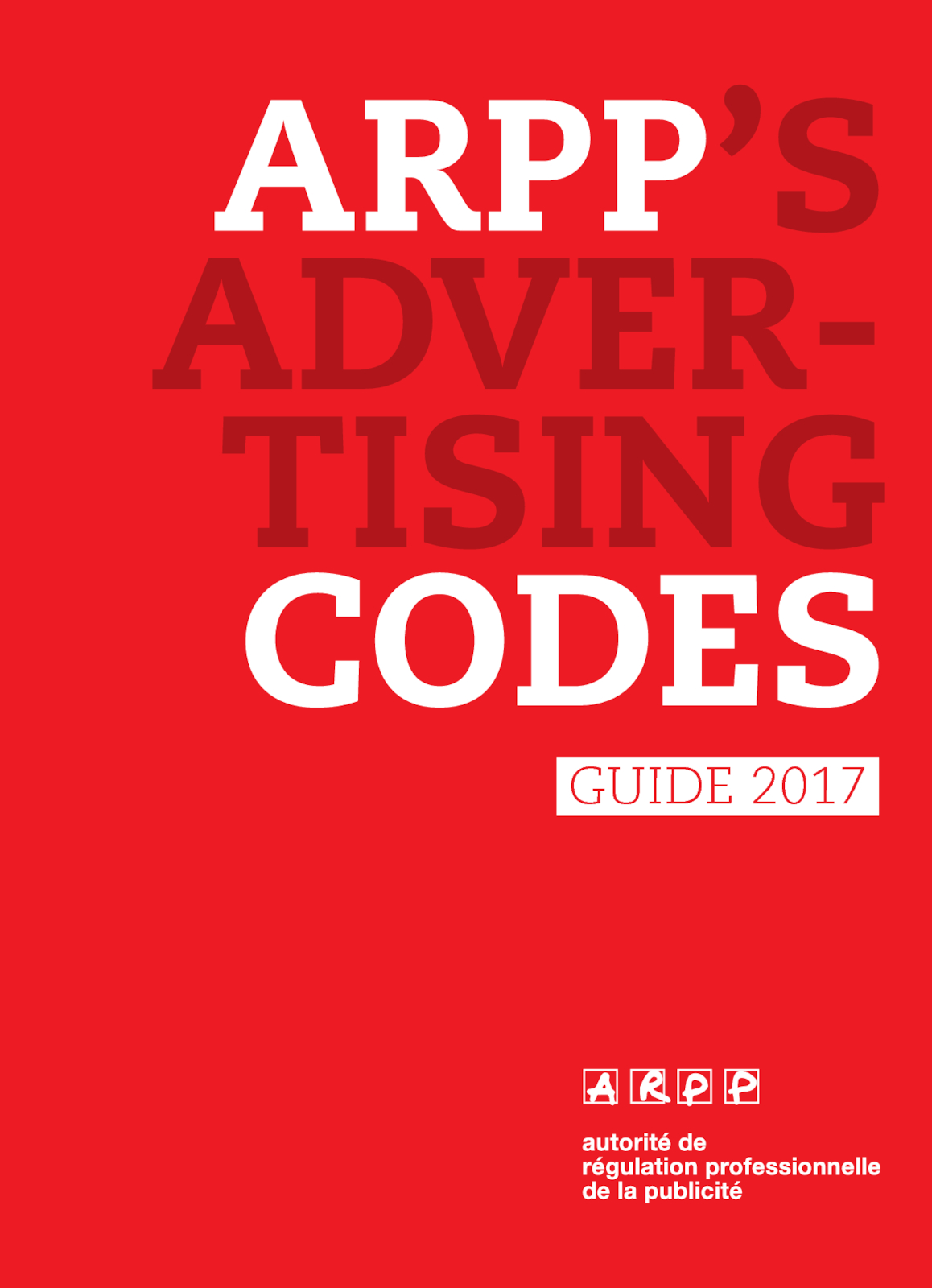 Any advertiser, advertising agency or media company can submit its non-finalized project to the legal experts of ARPP provided they are an ARPP member. The project can take various forms: story board, script, rough-cut, poster or half-finalized film (…etc) and all types of media can be reviewed: TV, press, radio, public boards, internet…

Mandatory clearance before the broadcast of all TV and VOD commercials. In order to ensure their compliance with the highest possible legal and ethical standards and practices, all French TV Channels gave ARPP the task of clearing all finalized TV and VOD commercials before broadcast. The ad can only be broadcast if ARPP clears the ad. If necessary, it will request that modifications prior to broadcast or if an ad is truly in breach of the codes it will bar the ad from being aired at all.

The legal experts can also take hold of a breach noticed after the broadcast and contact directly the advertiser.

Each year since 2003, ARPP has conducted monitoring projects in order to :

The monitoring projects are conducted in priority in sectors where society is more sensitive, for example: taste and decency, environment, minorities, violence and gambling

ARPP is solely financed and entirely managed by advertising related businesses. It does not receive any subsidies provided by public institutions.

The funding of the association is secured through membership fees (80 %). Further income is generated through ARPP’s pre-clearance services and training sessions.

ARPP is a private association, in accordance with the 1901 law, and is completely independent of the public powers. Statutorily, ARPP re-groups 3 categories of members

ARPP, as set in the statutes adopted in 2008, is chaired by an independent and eminent individual. S/He leads the Board of Directors, where all the major actors of the French advertising industry are represented.

François d’Aubert, has been the Chairman of the ARPP since November 2011. ARPP legal team is composed of legal experts specialized in law and ethical codes. Its Managing Director is Stéphane Martin since April 2010.

To follow the quick evolution of sensitive issues and the values put forward by society. Keeping ahead of such evolutions is important to ensure that standards keep pace with current issues.

CEP gathers independent experts and professionals, and is a place for open discussions on advertising ethics. The composition of CEP aims at insuring a dialogue between the different families of the industry and experts from civil society.

It is set out that the President of this body (Dominique Wolton) should be an independent person not linked to the industry. This person then chooses the seven experts from civil society, who must also be independent of the industry. The President makes sure the members of the CEP represent the diversity of the society and have extensive knowledge in a wide range of areas: sociology, physics, psychology, pedagogy, linguistics and politics.

to review and voice its opinion publicly on two types of issues :

On new issues related to advertising ethics the CEP produces reports in order to study and predict the evolutions of society concerning advertisements and proposes new or adapted standards of advertising ethics.

An evaluation of self-regulation itself the CEP is an organ that critics and judges the efficiency of self-regulation. It points out the sectors where more vigilance is necessary. The CEP, therefore, has an objective and expert point of view on the relation between advertisements and their social environment.

CPP has 18 members  (9 professionals, 9 associative persons) and is chaired by one of its members who must come from the associative sphere.(Michel Bonnet)

Its mission is to alert ARPP Board of Directors on the expectations of different associations or organisms concerning the content of advertisements. It also contributes to the discussion on the constant re-evaluation of the self-regulatory codes.

This body is not competent to deal with complaints concerning ads that violate the law. In this case the relevant governmental authority or court should be contacted.

Anyone can refer a matter to the Jury (private people, associations, government services…)

In order to be admissible, the complaint must be about (cumulative conditions) :

The Jury meets frequently in order to guarantee that all complaints will be dealt with in less than a month. Most of the complaints are settled within ten days.

A fast-track procedure, reserved for serious and obvious breaches, enables the Jury to take a decision within a maximum period of 48h.

ARPP is one of the founding members of EASA (European advertising standards).

EASA is the single authoritative voice of advertising self-regulation. It promotes responsible advertising through best practice in self-regulation across the Single Market for the benefit of consumers and business. Its membership consists of both self-regulatory organizations in Europe and other parts of the world as well as advertising associations.

To promote and support the actual self-regulatory systems.

To co-ordinate the actions of its members concerning the handling of cross-border complaints.

To effectively spread the use of good practices and ethical standards in order to trigger a raise in the self regulatory standards.

To publicize the self-regulatory system, encourage the circulation of information on self-regulation in the advertising industry in Europe.

Apply for Membership
To become a member of ARPP, please contact us (Tel. : +33 (0)1 40 15 15 40 ; contact form).
We will give you information about ARPP membership.
Application can be done online https://www.arpp.pro. Membership is submitted to approval of our Board of Directors.