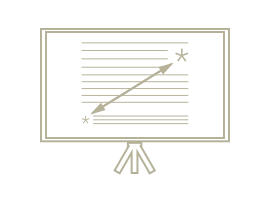 The Advertising and Marketing Communication Practice ICC Code (International Chamber of Commerce) sets general rules, recognized by the entire advertising industry. One of those rules is that « all marketing communication should be (…) honest and truthful ». (Article 1 on Basic Principles)

According to the ethical rules of the advertising industry [1] and the national laws, every advertisement, no matter the form, for a product or a service, has to be clear, honest and truthful.

In order to encourage the respect of those principles, the industry decided to establish rules of readability and understandability of notes and overlays in advertising :

– The notes and overlays written in the advertisement, linked to its content and intended to the consumer.

– In this document, the word “Notes” means the notes simply informative, as well as legal notes which are imposed by a law and the corrective notes, which limit the sense or the impact of an offer, a claim or an allegation.

However, for notes linked to one or several prices, the ICC Code sets that: “Marketing communication should not contain any statement, or audio or visual treatment which, directly or by implication, omission, ambiguity or exaggeration, is likely to mislead the consumer, in particular (…) with regard to the value of the product and the total price to be paid by the consumer”. (Article 5 on Truthfulness).

The advertising industry therefore set specific rules to supervise the presentation of notes linked to a price, in order to insure the clearness of advertisements announcing one or several prices (announced by a literary formulation or a number).

Advertisements, no matter the form, which contain written notes such as defined before, must respect the following ethical rules :

– in a horizontal position,
– in a sufficient size,
– in fonts which permit an easy reading. The font doesn’t have to be the same in all the advertisement,
– in a color which contrasts with the one used for the background,
– with fonts normally gaped.

1/1.2 Readability of notes according to the media

– A simple language, direct, precise and non ambiguous,
– A clear and simple pattern.

These specific rules apply to notes linked to a price and add up to the other rules listed above.

The presentation of one or several prices in an advertisement must not be ambiguous. The consumer must clearly understand the connection between the prices and the products and services that correspond.

The sign can be an asterisk (a star), a number, a letter …