Portrayal and respect of the human b­eings Code 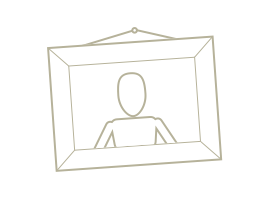 The respect of human dignity is a universal principle.

“Marketing communications should not contain statements, audio or visual treatments which offend standards of decency currently prevailing in the country and culture concerned.”
Art 2 ICC Code

“Marketing communications should respect human dignity and should not incite or condone any form of discrimination, including that based upon race, national origin, religion, gender, age, disability or sexual orientation.”
Art 4 ICC Code

“Marketing communications should not without justifiable reason play on fear or exploit misfortune or suffering.”
Art 4-2 ICC Code

Advertising must respect, no matter its form, the following principles:

1.1 Advertising must not be offensive, harmful, provocative or shocking by displaying images of human beings that offend their dignity or decency.

1.2 When nudity is used in an advertisement, it must not be degrading or alienating and must not reduce human to object.

1.3 Any degrading or humiliating representation of human beings, in an explicit or implicit way, is prohibited, notably by the use of words, attitudes, postures, gestures, sounds, etc., that are detrimental to human dignity.

2.1 Advertising must not reduce human beings, and especially women, to the role of an object.

2.2 Advertising must not condone the idea of inferiority of a person because of their gender, origin, belonging to a social group, sexual orientation or sexual identity, or any other criteria, notably by reducing the person’s role or responsibilities in society.

2.3 Advertising must not encourage, even indirectly, exclusion, or sexist, or intolerant feelings or behaviours.

3.1 Advertising must pay particular attention to avoid making any reference, even indirectly, to racism or sectarianism.

3.2 Any allusion, even humouristic, to a pejorative aspect or inferiority because of the belonging to an ethnic group or a religion is prohibited.

3.3 Expression of stereotypes concerning ethnic groups, religious groups, etc., must be done with a high level of precaution.

3.4 Concerning actual religious references, rituals and Holy Scriptures should not be used in a way to ridicule or shock believers.

4.1 Advertising must not induce ideas of submission or dependence depreciating human beings, and especially women.

4.2 Any complacent presentation of domination and/or exploitation of one person by another is forbidden.

4.3 Advertising must avoid all scenes of violence, direct or suggested, and must not encourage moral or physical violence.

The notion of violence covers, at least, all illegal acts punishable by law.

Direct violence is the presentation of violent acts themselves. Suggested violence is conveyed by an atmosphere, a situation or a result of a violent act. Moral violence notably includes behaviours of domination and harassment (moral or sexual).

4.4 Advertising must not, under any circumstances, trivialize violence through its messages, statements and presentations..

5. Image and other human characteristics

5.1 “Marketing communications should not portray or refer to any persons, whether in a private or a public capacity, unless prior permission has been obtained”
Article 14-1, ICC Code

5.2 It is forbidden to present a person in an advertisement by using either a voice double or image double without prior authorization of the person or his beneficiariesti.