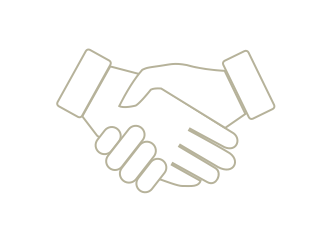 The motto Trade but not Aid was launched in 1964, during a United Nations conference concerning trade and development. This slogan summarizes the spirit of the fair trade participants who favor the values of dignity and well-balanced interests rather than those of pity and assistance.

Fair trade is part of the national strategy for sustainable development. Within trade, craft and service activities, fair trade organizes exchanges of goods and services between developed countries and disadvantaged producers from developing countries. This trade aims at establish lasting relations in order to ensure economic and social progress for these producers.

The individual and legal bodies which watch over the respect of the conditions above defined are recognized by a committee which composition and skills are defined by a decree adopted in the French Council of State.

The CNCE, composed of representatives of competent departments, organizations and federations specialized in fair trade, of consumer associations, and of international solidarity organizations, is responsible for granting recognition to individual and legal bodies which watch over the respect of the conditions detailed by 2007, May 15th decree in application of the article 60 mentioned above.

The fair trade objectives are:

1. The use of the appellation “Fair Trade”

1.1 The advertisement must not give to an appellation a scope or significance that it doesn’t really possess.

1.2 Only the actions consistent with the legal fair trade definition (article 60 of the August 2nd 2005 law) can use the appellation “fair trade” or the term “fair” in order to describe their products, services or processes.

1.3 The nearby vocabulary, as for example, “ethical trade” or “united trade” have to, in their presentation and substantiation, clearly describe their pattern of alternative trade, in order to avoid any confusion with “fair trade”.

2.1 The advertisement must not be misleading concerning the reality of the advertiser’s actions.

2.2 The professionals using the appellation “faire trade” or the term “fair” have to be able to justify their compliance to the legal conditions by means of serious, objective and verifiable data available as soon as the advertisement is broadcast or published.

2.3 The use of “Ethical trade” or “united trade” and other nearby vocabulary must be grounded on serious, objective and verifiable data available as soon as the advertisement is broadcast or published. The data must be accurate and consistent with the scope of the claims and vocabulary used.

These signs can only be used if they don’t create a risk of confusion regarding their meaning. If necessary, precisions concerning the meaning of the sign can be given to the consumer in the conditions stated in the Clarity part.

3.2 The advertisement must not give to these signs a higher value or larger scope than their real effective scope/value.

3.3 In order to guarantee thorough information for the consumer, only signs for which the issuer is clearly identifiable can be used in the advertisement.

3.4 Signs concerning links or institutional partnership the advertiser has with other organizations must not to be unduly perceived by the consumer as related to the product presented.

4.1 When a company claims, in its institutional advertisement targeting consumers, its involvement in fair trade, it has to adjust its claim to the reality of its involvement.

Even though consumers are generally aware of fair trade concepts, a few known very well its specificities.

Therefore in advertisements using these terms, a reference to further information easily available (on a website or by a phone number…) is recommended.

When a claim concerns social and/or environmental progress for the producers concerned by fair trade, it has to be thoroughly explained and a reference, if necessary, to more detailed information (available on a website or by a phone number…) must be made.